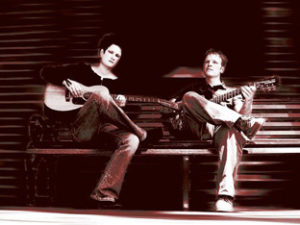 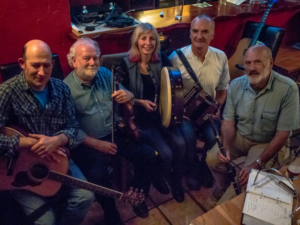 The Brian Lawton Legacy: A Celebration

In collaboration with the Heritage Lottery Fund, Holmfirth Film Festival celebrates the photographic legacy of Brian Lawton, Huddersfield’s chronicler of the town’s lively music scenes from the early 1960s through to the 1980s.

The event on Saturday 5 March at the Northern Quarter in Wood Street concentrates on Brian’s huge collection of Folk photographs with an exhibition of photographs from the Builders Club, Folk Festivals, Holmfirth Folk Festival and other venues in the area with the leading folk artists of the time including Joan Baez, Incredible String Band, John Martyn and many others.

A postman by day, at night Brian could be seen at all kinds of music events with his trusted camera taking hundreds of photographs. What makes them unique was that Brian was an amateur and, whether it was The Beatles or The Rolling Stones, he produced intimate, up close, friendly images of the stars of the day.

To celebrate his legacy and his love not only of Folk but also the Blues there will be music from local stars, EMILY DRUCE and STEVE JONES, and the great ceilidh musicians from Holmfirth, THE RIBBLE BECK BAND, who will deliver a mix of traditional folk tunes from all corners of the kingdom.

The Northern Quarter is on the old site of the infamous Builders Club which the sixties brought all the leading folk artists of the day to Huddersfield and later in the decade introduced the Blues bands and other musicians who were to become some of the major rock artists and bands of the period until it closed in 1973.

Went to the Builders? Played there? Bring your guitar and take a spot.

As part of the event, Dr Stephen Dorril, who recently retired as head of Music Journalism at the University of Huddersfield, will be undertaking a musical tour of the town and its venues talking about his memories of putting on concerts in Huddersfield in the 1970s and 1980s. Stories of everyone – Elvis Costello, Dire Straits, Talking Heads, The Jam, The Stranglers, Joy Division, Folk, Reggae, the Mod revival and the Killermeters, the beginnings of Punk and the Sex Pistols, and lots more.

The Walk and Talk begins at 1.00pm outside the Harold Wilson Building on the University of Huddersfield campus and ends at the Northern Quarter (The Builders Club), Wood Street.